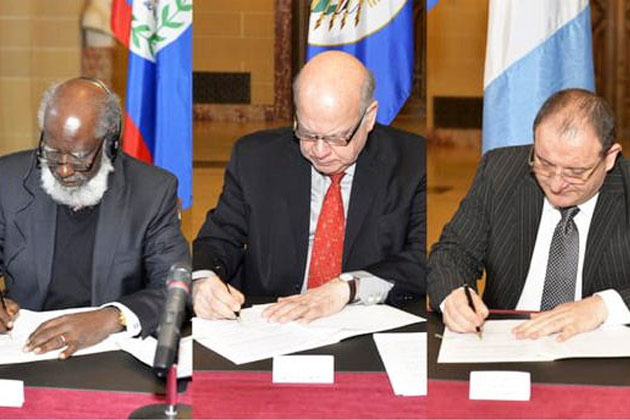 Belize And Guatemala Sign Protocol To Amend The Special Agreement - Minister of Foreign Affairs the Hon. Wilfred Elrington and Guatemalan Foreign Minister Carlos Raul Morales, along with the outgoing Secretary General of the OAS José Miguel Insulza on Tuesday, May 26,  2015, at a special ceremony in Guatemala City signed the Protocol to Amend the Special Agreement between Belize and Guatemala to Submit Guatemala’s Territorial, Insular and Maritime Claim to the International Court of Justice (ICJ).

In his remarks Minister Elrington said, “For my country, the claim has been a blighted colonial legacy.  It has stymied for far too long the growth and development of Belize. It has affected the national psyche of our people and the evolution of good fulsome and neighborly relations which should rightly exist between two countries which fate, history and geography have caused to be juxtaposed in perpetuity.”  He said, “The Government of Belize is resolved to put this Guatemalan claim behind us as early as possible. It is irrevocably committed to being bound by the decision of the Belizean electorate on this claim as manifested in a referendum.”

The Minister continued, “It is worthy of note that the amended Protocol does not extinguish the possibility of holding the referendum simultaneously. That original option remains intact. The Protocol does no more than add an element of flexibility with respect to the time for the holding of each national referendum. The Special Agreement remains the same in all other respects.”

In his remarks OAS Secretary General Insulza said that the Belize/Guatemala process is “one of the most important tasks of the Organization and one to which we have assigned the highest priority in the General Secretariat.”  He said that the signing, being his final act as Secretary General made him proud, “not only because it addresses the main mandate of the Organization – the peaceful solution of disputes – but because it is the only territorial dispute in the region that the OAS has accompanied continuously for more than fifteen years.”

In his address Guatemalan Foreign Minister Carlos Raul Morales presented the notes confirming the completion of Guatemala’s internal procedures to enable the implementation of 9 or the 13 cooperation agreements that were singed last December in Placencia.  He reiterated his Country’s firm commitment to the peaceful resolution of the dispute and the urgency of doing so at the only competent court for such matters, the International Court of Justice (ICJ.)

Minister Elrington was accompanied at the signing ceremony by CEO in the Ministry of Foreign Affairs H.E. Lawrence Sylvester, Ambassador Stuart Leslie, Ambassador Alexis Rosado and other members of the staff at the Embassy of Belize. 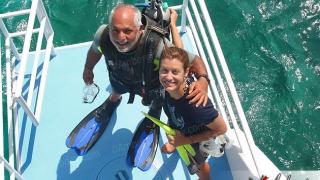 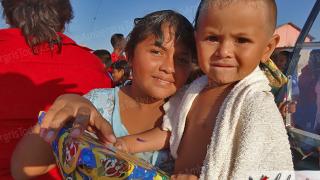 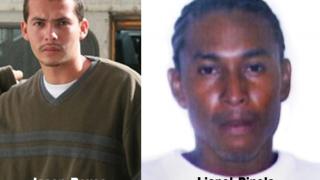