The peaceful monotony of a Monday afternoon on Barrier Drive was interrupted at about 5:30p.m. when the driver of a Polaris swerved to avoid hitting someone, causing it to flip and land on top of him.

According to eye witnesses, the driver of the Polaris was speeding and upon trying to avoid hitting the person he swerved to the left causing the Polaris to overturn and landing on top of the driver. The driver was assisted by those who were around and received medical attention by Dr. Daniel Gonzalez.

According to Police reports, upon arriving on the scene of the traffic accident on Barrier Reef Drive they observed that a Lebanese national was seen lying on the pavement face down complaining of pain to the neck and both legs. The male person was transported to the Ambergris Hopes Clinic for further medical attention.

According to their investigation the male person was driving a camouflage ATV bearing License plate SPC 1459 at a high speed and lost control causing the vehicle to overturn several times and fell on his legs causing self injuries, the driver of the vehicle was later identified as 18-year-old Lagha Mahmud, Lebanese National of North San Pedro Town.

Speeding is a major problem in the island; no one ever seems respects the speed limit in the town area of 10 miles per hour. Authorities should be more vigilant and motorist should also respect the speed limit and be more cautious, before any major accident occurs. 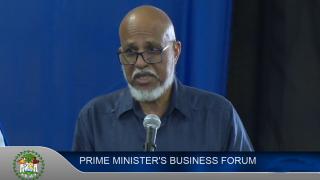