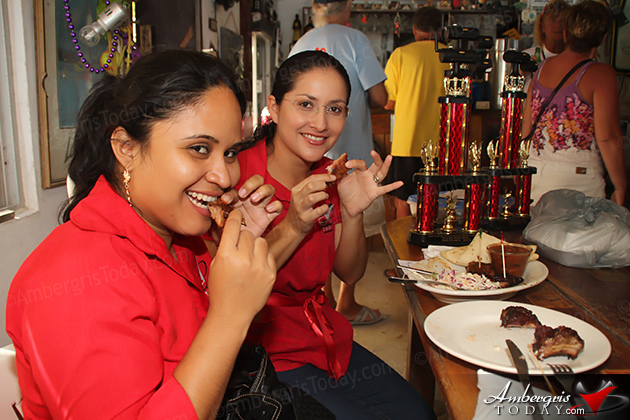 It is without a doubt that one of the coziest and most popular places to have a delicious breakfast, the best sangria, a bloody mary ‘pick-me-up” and finger-licking BBQ in town is Estel’s Dine by the Sea. This restaurant, located in the heart of town, is always alive with music and happy customers as locals and tourists rush to have a home-cooked meal. We at Ambergris Today have had the privilege to dine at Estel’s and are always glad to be back for more, and more.

This week the Angels, including the boss, were at Estel’s for their 2nd Annual Grilling Competition. Barbeque ribs were the specialty and we couldn’t miss out on the fun! Grill masters for the event were Charles Worthington, James Gochenour, Rick Saager and Kevin Urbina. It was a bring-your-own-grill type of competition where the grill masters brought their “A” game to the table. 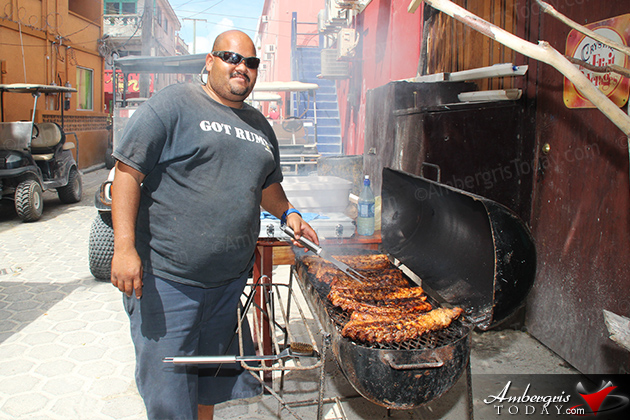 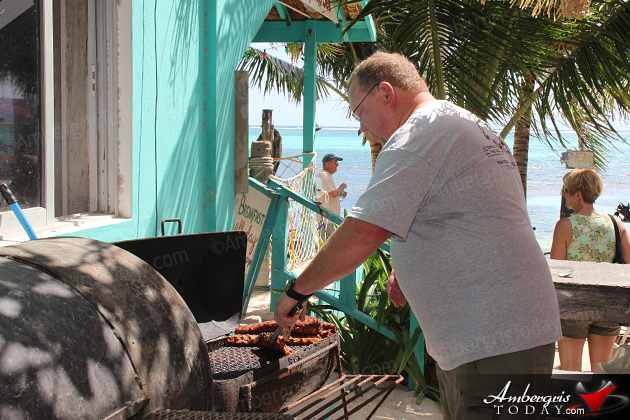 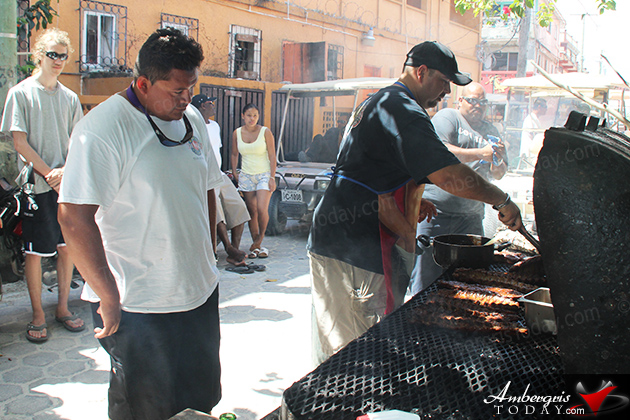 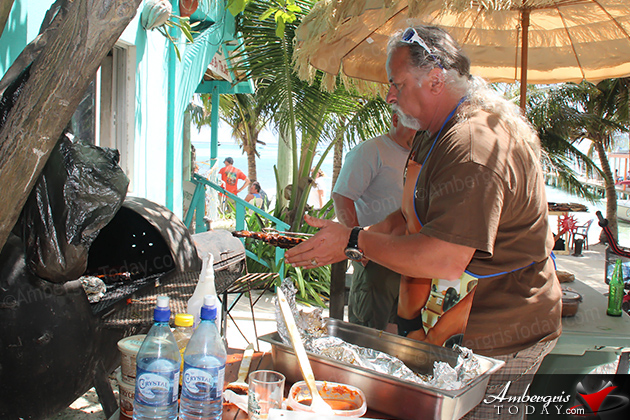 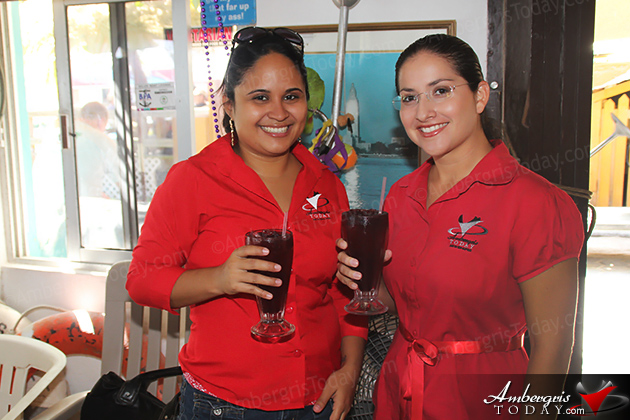 As we waited for the ribs for us to devour, the Angels (Perlita and Sofie) headed out to get a few tips from the grill masters. We savored some delicious sangria and enjoyed the great music by Dennis and the Usual Suspects and Gino and the Shack Shakers.

Soon enough, the plates were served and the judges were ready to taste those finger licking ribs and the customers were eager to dig in. The judges included Ambergris Today’s very own Dorian Nuñez, Bill Edwards of Peterborough, Ontario Canada, Richard Cartwright of Dallas, Texas, Debra Talbot of Kansas City and celebrity judge Dennis Hayden of Sherman Oaks California. 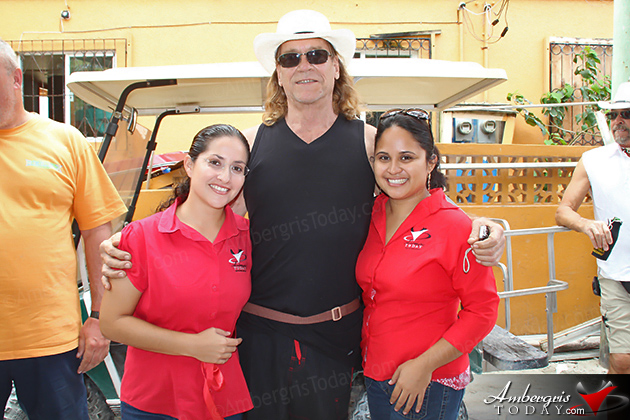 You might remember Dennis in 1988’s first Die Hard movie with Bruce Willis! Awesome! Well he has been visiting San Pedro, Ambergris Caye for some time now. He told us how he remembers the sandy streets, giving the police officer in charge of the small town some rum as payment for doing a great job and how the island was inhabited by less than 1,000 people. He has made great friends on the island and loves coming back to visit.

Back to the grilling – well, even the day’s customers were also legible to vote for their favorite BBQ ribs. It was a tough decision to make. Taking first place trophy was no other than Charles Worthington (Judges pick) followed by James Gochenour, Kevin Urbina and Rick Saager. People’s Choice award went to Kevin Urbina. It was a day full of great music, great friends and delicious food! Congratulations to all the grill masters (all of the ribs were delicious!)

So be on the lookout for the next grilling competition and be sure to head out to Estel’s Dine by the Sea! And Remember, if the Angels recommend it, its Gotta be Good!! 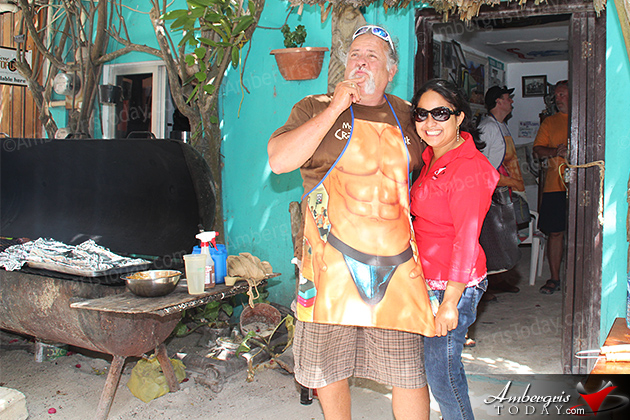 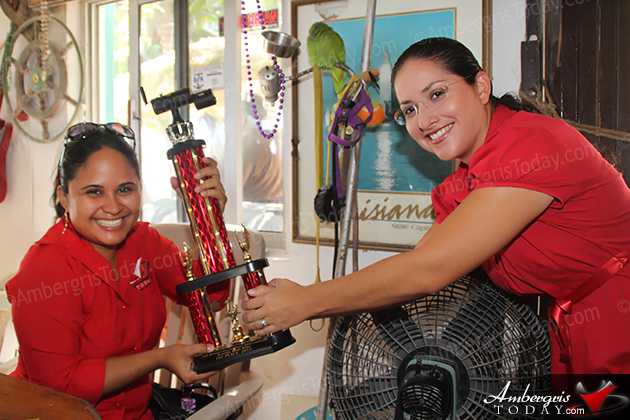 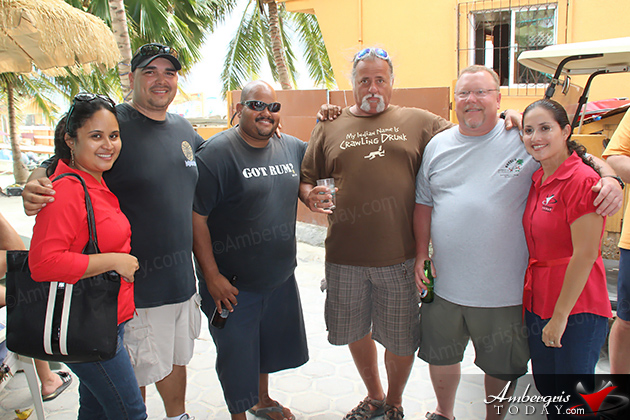 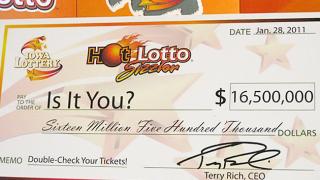 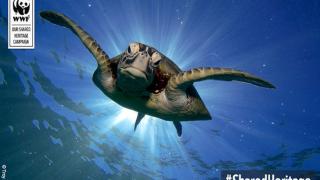 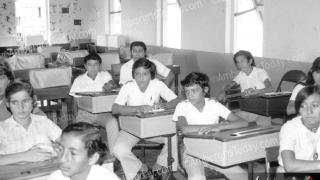